Construction of the Shanghai Lupu Bridge, the "world biggest arch bridge" with a span of 550 meters, has entered a crucial stage, leaving only an opening of 70 meters waiting to be joined up.
According to Shanghai Construction Group, the most difficult task lies in the last three arch ribs, and the bridge could be completed in September if things go smoothly.
The steel frame of arch ribs, which will extend out 28 pairs of hangers linking the bridge deck, plays a role in containing the bridge floor. The arch ribs are composed of 27 sections, 24 of which have been completed. The last three sections waiting to be joined up are the most difficult and need precise calculation. So it will take them at least one month to complete...
After sections of the steel arch bridge are joined, only a "virtual" bridge is completed. A real bridge capable of allowing the passage of motor vehicles can be declared completed only after the 28 hangers on the arch ribs are connected with the bridge deck. The whole project is expected to be finished in May next year.
Currently the world biggest arch bridge is the New Virginia Bridge in the United States, with a main span of 518 meters. The Lupu Bridge, the fourth one with a span reaching 550 meters over the Huangpu River, will be "the world's No.1 Arch Bridge" worthy of the name. Reports say, as an all-steel framework, the Lupu Bridge consumed 46,000 tons of steel, almost equal to that used for six 10,000-ton-class ships. 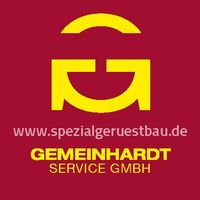